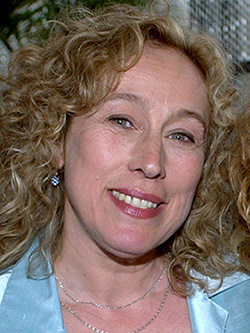 Quebec-based actor born Marie Thiffeault in 1949 in Chicoutimi Quebec. Marie Tifo has had an exceptional career in film and television as well as in theatre, acting in over eighty plays and thirty films, as well as several television series. She studied at the Conservatoire d'art dramatique de Québec and first performed with Troupe des Treize.

Tifo's performances are marked by extreme focus, emotional intensity and an attention to character detail.