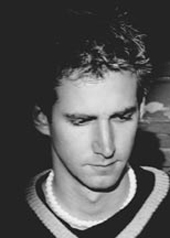 Set and lighting designer, based in Calgary, Alberta. He graduated from the University of Alberta in Edmonton, and works extensively across Canada in theatre, dance and opera. His designs have been commissioned for the National Arts Centre, Belfry Theatre (Bordertown Café 2009), Western Canada Theatre, Fringe Theatre Adventures, Theatre North West, Buddies in Bad Times, Vertigo Theatre, Workshop West Theatre, and Concrete Theatre.

For seven years, he has designed the lighting for the playRites Festival productions at Alberta Theatre Projects. In 2012, he won a Betty Mitchell Award for the set of Playing with Fire. Other designs with the company include the set and lighting for The Goat, and The Syringa Tree, the lighting for Whos Afraid of Virginia Woolf, Unity (1918) and twenty-two other world premieres.

He has been nominated for a Jessie Richardson Award, two Betty Mitchell Awards, and ten Elizabeth Sterling Haynes Awards, and has been the recipient twice for his designs.

In 2012 David Fraser became Production Manager for Alberta Theatre Projects. In 2015, he represented Canada at the Prague Quadrennial of Performance Design and Space. He is a member of the Associated Designers of Canada.