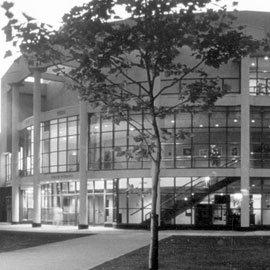 Gateway has developed eighteen new works, twelve of which have been on Asian-Canadian themes. It also promotes and supports the work of women from the diaspora in theatre, in particular, women directors.

Studio B productions include Fish Eyes (2007), written and performed by Anita Majumdar; The Adventures of Ali & Ali and the Axes of Evil (2006) by Marcus Youssef, Guillermo Verdecchia and Camyar Chai; Tiger of Malaya (2005) by Hiro Kanagawa; and Midlife (2003) by Eugene Stickland.

The Gateway Academy for the Performing Arts offers year-round acting, musical theatre, and technical training classes for young people. Professional and community groups may rent the Gateway to stage their own shows.

Simon Johnston was Executive and Artistic Director from 2000 to April 2012. Jovanni Sy was AD until the end of February 2019; he introduced the first Chinese-language Gateway Pacific Theatre Festival in August 2014, with three plays from Hong Kong. The current Executive Director is Camilla Tibbs; Director of Artistic Programs is Barbara Tomasic; Artistic and Community Producer is Jasmine Chen.

The Gateway Theatre complex is owned and maintained by the City of Richmond.