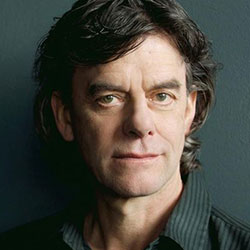 Versatile and engaging actor, born in Winnipeg Manitoba in 1955. Tom McCamus attended Oakridge High School in London, Ontario and graduated from the University of Windsor in 1977 with Bachelor of Fine Arts. From 1978 to 1980 he was a member of the Young Company at the Grand Theatre, London, while William Hutt was Artistic Director, where he acted in Twelfth Night.

Since 1993, he has played a wide range of lead and character roles for the Stratford Festival, including: a conflicted but loyal Menenius in Coriolanus (2018); the title role in King John (2014); Antonio in The Merchant of Venice (2013); Iachimo in Cymbeline (2012); Jim Casy in The Grapes of Wrath; Justice Overdo in Bartholomew Fair (2009); Horace Vandergelder in The Matchmaker; Captain Hook in Peter Pan; Le Vicomte de Valmont in Dangerous Liaisons; Master Page in The Merry Wives of Windsor. He also played in the 1998 productions of Julius Caesar and Much Ado About Nothing, 1997 productions of Camelot and Coriolanus. He played Edmund Tyrone in the 1996 production of Long Day's Journey into Night (which was filmed), and Vladimir in Waiting For Godot. 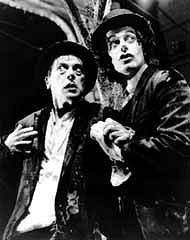 McCamus also performed for three years with the acting ensemble of Theatre Plus, and won the Dora Mavor Moore Award for his role in Abundance with that company.

He performed at the Shaw Festival in the 1980s for eight seasons when Christopher Newton was Artistic Director, including the title roles in a hugely popular production of Peter Pan (1987-88) and Androcles and the Lion (1984); Napoleon in Man of Destiny; and Brother Martin in Saint Joan. He returned to the Shaw Festival in 2017 to play the title role in The Madness of George III by Alan Bennett, and Warwick in Saint Joan.

He has acted in theatres across Canada: Arts Club Theatre; Phoenix Theatre (Dreaming and Duelling, 1982); Manitoba Theatre Centre; National Arts Centre; Soulpepper Theatre Company (Mill on the Floss, 2000; and A Flea in Her Ear, 2001).

McCamus has also performed extensively on television and in films, notably The Sweet Hereafter; and Robert Lepage's film of John Mighton's Possible Worlds.

He lives in Warkworth, Ontario with his wife, actor Chick Reid.