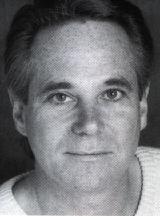 Actor/director who has worked at many of the major venues in Canada for the past 35 years.

At the beginning of his career, he worked at Theatre Passe Muraille, involved in the collective creation of works such as The Farm Show and The Donnellys), Toronto Free Theatre, and Tarragon Theatre.

He acted for three seasons at the Stratford Festival (Caliban in Shakespeare's The Tempest, Flavius in his Timon of Athens, and in the world premiere of Elliott Hayes' Homeward Bound among others).

As a director he helmed over forty productions. He was Artistic Director of the Belfry Theatre (1984-86), and has directed at the Blyth Festival, the National Theatre School of Canada, Manitoba Theatre Centre (seventeen productions), Centaur Theatre, Theatre Calgary, Bastion Theatre and Alberta Theatre Projects. In 1999, his 1997 production, for Centaur, of Picasso at the Lapin Agile won a Masque Award for best English-language production.

For Blyth Festival, he directed the new play, Innocence Lost by Beverley Cooper, about the Steven Truscott case (2008), and Cooper's If Truth Be Told (2016). He has also directed The New Canadian Curling Club by Mark Crawford in 2018, a sold-out success, which is slated for Alberta Theatre Projects' 2018/19 season. For ATP, he directed the premiere of 1979 by Michael Healey in April 2017.

He is married to actor Seana McKenna and they have one son, Callan Potter, an actor.