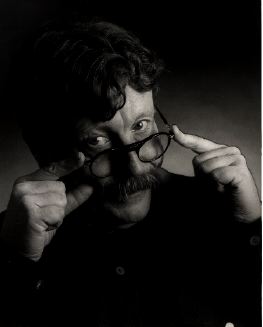 Actor/director/teacher, born in London Ontario in 1945, died of complications from a stroke on July 18, 2005. Patrick Christopher-Carter was trained at the National Theatre School of Canada and also studied at Harvard, Ontario College of Art and H.B. Beale Technical School.

He has acted across the country, notably with Grand Theatre, London; Neptune Theatre, Stratford Festival (for seven years, including in The Visit, Coriolanus, King Lear, The School for Scandal, and Hamlet), Manitoba Theatre Centre, Young People's Theatre, Shaw Festival, Citadel Theatre, Blyth Festival, Theatre Calgary, Toronto Workshop Productions/TWP, and for the Playwrights' Colony at the Banff Centre for the Arts. He also performed on radio.

Since 1988, he was head of the acting department at Dalhousie University, where he directed, among other productions, Dear Brutus, Cloud Nine, Lion in The Streets, Unidentified Human Remains and the True Nature of Love, Animal Farm, and Peer Gynt. He also taught at Ryerson and at the Neptune Theatre School.

The archives of Patrick Christopher-Carter are located at Dalhousie University Library.