Ontario-based actor, born and raised in Halifax, Nova Scotia, the youngest daughter of actor Joan Orenstein. She made her début at five in Neptune Theatre's production of Molnar's Lilliom.

From 2009, she was a company member of the Shaw Festival for thirteen seasons, where she has played a wide variety of roles in The Playboy of the Western World, The Devil's Disciple, The Philanderer, Arms and the Man, Blithe Spirit, The Doctor's Dilemma and, in 1999, leads in Heartbreak House and Getting Married. She has also been a company member of Stratford Festival for six years.

Her many appearances at the Tarragon Theatre include Joan MacLeod's The Hope Slide for which she received a nomination for a Dora Mavor Moore Award); Maureen Hunter's Wild Mouth; and Wajdi Mouawad's Scorched. At Theatre Passe Muraille, she has appeared in Michael Ondaatje's The Collected Works of Billy The Kid, for which she was also nominated for a Dora. She has also performed in Centaur Theatre, Vancouver Playhouse, and Theatre New Brunswick among others.

Recent notable performances include the whip-cracking seductress Matilda in Zastrozzi by George Walker at the Stratford Festival (2009); and a calmly ruthless interrogator in The Virgin Trial by Kate Hennig at Alberta Theatre Projects (2018). 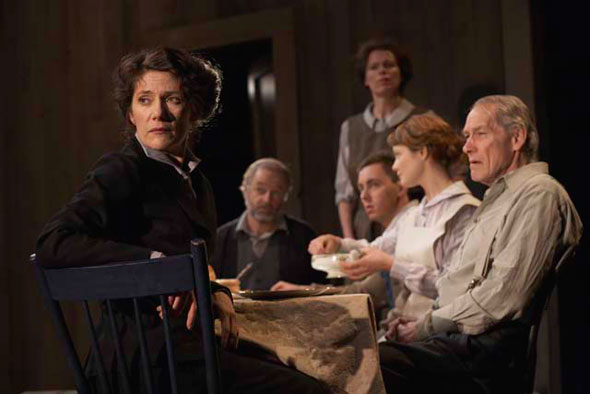 Her television and film credits include Fugitive Pieces, Murdoch Mysteries, and Queer as Folk.

Sarah Orenstein's performances are marked by a vivaciousness which does not preclude control of her craft.

She is married to actor Ric Waugh.