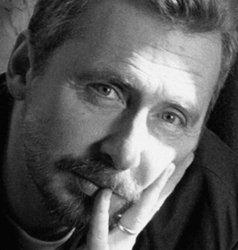 Orphans for the Czar is slated to premiere at Crows Theatre in March 2022 -- a black comedy that exposes the duplicity, revenge, and self-interest in Russia just before Bloody Sunday in St. Petersburg, based on the novel The Life of a Useless Man by Maxim Gorky. The protagonist, the orphaned fool Vasley, is a hapless double agent who tries to stay on the right side of both the revolutionaries and the czarists (Crows Theatre website).