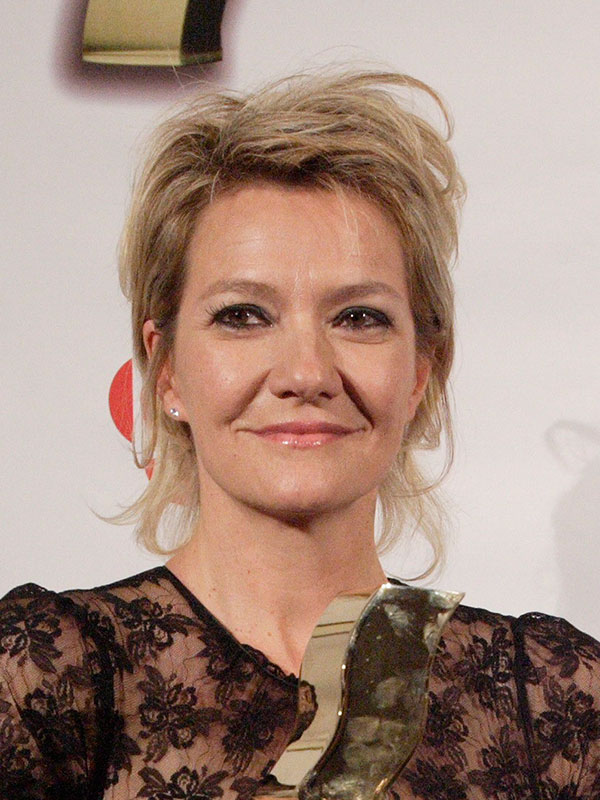 One of a generation of Quebec actors well-trained in the classics, while still highly capable of handling the modern repertory. Élise Guilbeault was born April 8, 1961 in the Basse-Laurentides region of Quebec; she has been earning a living as an actor since she was 12.

Guilbault was trained at the National Theatre School of Canada before exploding onto the scene with breathtaking performances in a series of difficult characters. She is well known for the roles she has played in the Michel Tremblay repertory with directors André Brassard and Martine Beaulne. She performed in the world premiere of Tremblay's La Maison suspendue in 1990 (Compagnie Jean-Duceppe), the harrowing five-hour production of La Trilogie des Brassard in 1991 (Théâtre dAujourdhui), and the productions of Albertine, en cinq temps at Espace Go (1995-97 and 2000-01) that was hailed as the best production in Montreal in a decade.

She worked with Tremblay himself in his directorial debut at Théâtre de Quat'Sous in 1993 (Serge Boucher's Nature Mortes) after having helped Brassard bring Brad Fraser to the francophone theatre at the same house in 1991 with Des Restes humains non identifiés et la véritable nature de l'amour/Unidentified Human Remains and the True Nature of Love.

In April 1999, she appeared in Espace Go's production of Ionesco's Le roi se meurt/Exit the King. In 2011, she played in the new and controversial political play, Toxique by Greg MacArthur at Théâtre dAujourdhui.

She is well known to Quebec filmgoers and telespectators. For a complete list of her many roles, see https://www.agencegoodwin.com/artistes/elise-guilbault.

Her performances are marked by a radiant presence, and a complete emotional commitment to her characters.