Versatile actor, born in France in 1958, and currently based in Niagara-on-the-Lake, Ontario, Corrine Koslo grew up in Halifax, Manitoba and Edmonton. She is a graduate of the Vancouver Playhouse Acting School.

A member of the Shaw Festival acting ensemble for twelve years, she appeared as the Duchess of Berwick in Lady Windermeres Fan and as Grace in Faith Healer (2013); Mrs. Erikson in Present Laughter and Lola Delaney in Come Back, Little Sheba (2012), which received accolades from critics and audiences. 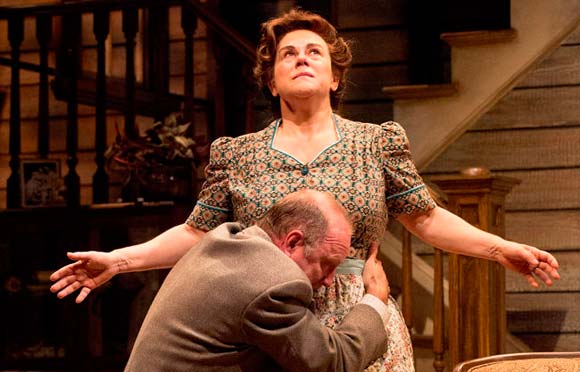 She previously appeared at the Shaw in Drama at Inish  A Comedy, Cat on a Hot Tin Roof, Brief Encounters, The Entertainer, The Mystery of Edwin Drood, The Matchmaker, The Apple Cart, The Seagull, Hobsons Choice, Marsh Hay, Holiday and Tonight We Improvise.

She has acted in theatres across Canada for thirty years and has received Dora Mavor Moore Awards for her roles in Lorraine Kimsa Theatre for Young Peoples productions of Seussical The Musical and Bunnicula; Jessie Richardson Awards for her performance in Love and Angels (Vancouver Playhouse) and Sweeney Todd (Arts Club Theatre); and a Sterling Award for her performance as Madame Arcati in Blythe Spirit (Citadel Theatre).

Corrine Koslo has also worked in Canadian television and film, including the role of Emma Leroy in Corner Gas Animated in honour of her friend, Janet Wright; and in the Netflix series, Anne With an E.