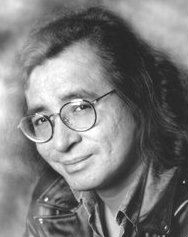 His mother, Pelagie, was a quilt-maker and bead-worker, who gave birth to twelve children (of whom only five survived). Tomson Highway helped his father, Joe, a caribou hunter and world champion dogsled racer, working from dawn to dusk before attending the Guy Hill Indian Residential School from the age of 6 to 15. The sexual abuse he suffered at the hands of the priests who ran the school impacted his life and art, and that of his brother, dancer/choreographer René (with whom Tomson often worked and who died of AIDS in 1990). He subsequently went to high school in Winnipeg, living with several different white families.

In 1975 Highway completed his studies in music at the University of Western Ontario. As part of his B.A. program, he took a minor in English and met James Reaney. For several years he worked for many Indigenous organizations as a social worker, travelling across the country and to learning about the problems of many of Canada's First Nations.

At age 30, Highway decided to describe what he saw, and felt that the theatre had traditions that were similar to the First Nations cultural experience and oral history. His first work, The Rez Sisters, was a critical and popular success: it has been performed across the country and abroad (including in French by the Théâtre Populaire du Québec. It won him a Dora Mavor Moore Award as did his next play,Dry Lips Oughta Move to Kapuskasing which also won the Chalmers Award (and was the first Canadian play given a commercial production at the Royal Alexandra Theatre.

The (Post) Mistress had its world premiere on the main stage of Magnus Theatre on January 27, 2011. Highway set the play to music during his tenure as Playwright-in-Residence in the 2008/2009 season at Magnus Theatre. It subsequently played at the Odemin Giizis Festival in Peterborough Ontario in 2012 and at Berkeley Street Theatre in Toronto in a co-production by Pleiades Theatre and Théâtre Français de Toronto in French and English (French translation by Highway, who also played the piano). In this one-woman musical tour de force, the post mistress of a small northern town shares the stories told in the letters she handles every day. A samba beat accompanies the tale of a local womans passionate but doomed affair with a man from Rio de Janeiro; a rhythmic tango plays as Marie-Louise divulges a friends steamy tryst in Argentina. Twelve diverse musical pieces, ranging from Berlin cabaret to French café chanson to smooth bossa nova, accompany the French, Cree, and English libretto. The Manitoba Theatre Centre's extraordinary production of The (Post) Mistress was filmed and streamed across Canada in April, when the Covid-19 pandemic closed theatres around the world.

Highway wrote the lyrics for The Cave, an interspecies song-cycle told through the perspective of animals and created with composer John Millard, and book author Martha Ross. It was developed with Soulpepper Theatre Company, and premiered at the Luminato Festival in 2019. The world's creatures are taking refuge in a cave during a forest fire, where they reflect on their lives and impending doom in songs sung in English and in Cree.

Lynx Lamour Goes to Nashville, a one-woman Cree musical, written and composed by Highway in 2019 for Cree/Metis singer/actor Krystle Pederson, toured across Canada for two years, and in New Zealand.

Highway's first language is Cree, and increasingly, he is incorporating Cree in his works. His earlier plays were written in a lyrical, occasionally haunting, English, with cross-cultural allusions and imagery, and an atmosphere of the fantastical.

He has lectured and performed at institutions across Canada and abroad, and is a much sought-after speaker, having visited over fifty countries to date. He lives with his partner of 37 years in Gatineau, Quebec.