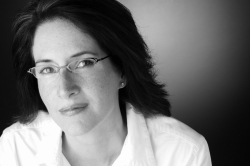 The Amaryllis, a production at the Firehall Arts Centre by The Search Party, premiered on November 12, 2020 (directed by The Search Party's Artistic Director, Mindy Parfitt). This two-hander features the introverted world of Lucy (Amy Rutherford), a voice-over artist, and her brother and agent Jeremy Keener (Shawn Macdonald). The mysterious gift of an amaryllis plant, assumes a strange power over their lives, emerging as a symbol of growth and change.