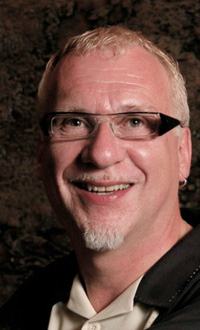 Producer, director, actor, teacher, born in Calgary, Alberta, 1948. He graduated from the University of Calgary with a B.Ed. (hons) in 1971, and was named Distinguished Alumnus in 1997.

D. Michael Dobbin was president of Professional Association of Canadian Theatres/PACT for four years, a founder of the Vancouver Professional Theatre Alliance and the Alberta Major Performing Arts Consortium. Dobbin also co-founded the Vancouver Playhouse Theatre School with Powys Thomas and Christopher Newton. He was an advisor for theatre departments at Mount Royal College, Banff Centre for the Arts, Cariboo College, and The Hong Kong Academy for the Performing Arts.

In addition, Dobbin has directed or produced over 250 plays and musicals and operas including Angels In America (co-directed with Bob White), Annie at the Grand Theatre, London; Scrooge, the Musical in both Chinese and English at Hong Kong Repertory Theatre, and Michel Tremblay's For the Pleasure of Seeing Her Again, at W!LD Rice Theatre in Singapore, and The Pillow Man with Windmill Grass Theatre in Hong Kong.

He has served as artistic consultant to the Epcor Centre for the Performing Arts, National Arts Centre, The Canadian Conference for the Arts, Magnetic North Theatre Festival, Opera Lyra Ottawa, Belfry Theatre, and others. He is the owner and president, The Creative City Consultancy (Vancouver).