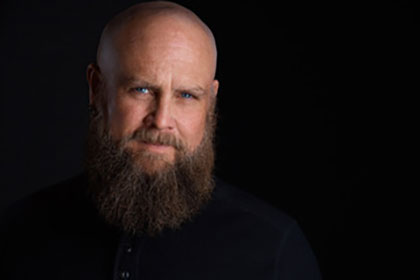 Canadian actor and theatre artist, Fred Zbryski was born in Calgary Alberta, raised in Medicine Hat, and received his BFA in acting from Edmontons University of Alberta in 1994.

Zbryski began his theatre career with Inter-Act theatre, a social action company based in Medicine Hat that toured TYA shows in schools throughout Alberta. He was variously stage manager, road manager, tour coordinator, and actor for productions such as Aids: Life in the Bloodstream in 1989, Breaking the Cycle in 1990, and A Fond Farewell in 1991.

He continued his love of TYA touring with Chinook theatre (now Fringe Theatre Adventures) in Andrews Tree by Martha Brooks, Land of Trash by Ian Tamblyn, and Making Friends by Clem Martini. He also toured with the TYA companies Onion Theatre and Theatre Prospero, where he appeared in As You Like It, Romeo and Juliet, and Macbeth. 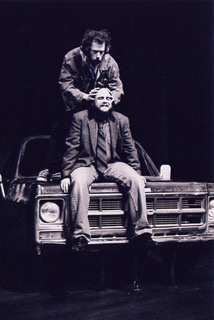 Zbryski has appeared in several world premiers, including 17 Dogs by Ron Chambers (directed by Ron Jenkins in 2003), and The Mighty Carlins by Collin Doyle (2009), both for Workshop West Theatre. He also acted in the site-specific mini-plays The Righteous Woman, Dear Mr. Keith, and First Father, all part of the National Elevator Project for Theatre Yes (2013/14).