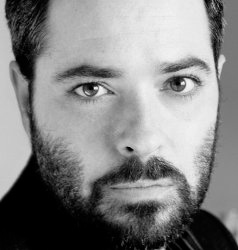 Toronto-based director, dramaturg and teacher, born in Montreal, Quebec in 1974, who has directed to critical acclaim in theatres across Canada.

He studied at the University of Toronto and the National Theatre School of Canada before working as dramaturg at Theatre Passe Muraille and forming his own company, Go Chicken Go, in Toronto. For this company he directed BOXHEAD and Lenz.

During his free-lance career, he has directed productions of I Claudia (Tarragon, 2001); The Lesson (Soulpepper Theatre Company, 2001); After the Dance (2001) for the Montreal Young Company (best production award from the Montreal English Critics Circle); Salt-Water Moon at the Saidye Bronfman Centre (November, 2001); and Frozen by British playwight Byrony Lavery for Citadel Theatre in 2006 (Elizabeth Sterling Haynes Award for direction and production).

He has directed for eight seasons at the Stratford Festival, including productions of Othello, The Little Years, For the Pleasure of Seeing Her Again by Michel Tremblay. In 2012, he directed a highly-regarded and entertaining production of The Matchmaker by Thornton Wilder for Stratford, and in 2015, The Taming of the Shrew. In 2017, he directed an hilarious production of Tartuffe with a clever contemporary setting and telling pertinent historical allusions. In 2018 he directed Macbeth for Bard on the Beach as a "metaphysical detective story, asking the audience to grapple with the bigger questions of agency, fate and free will, and the nature of power" (Bard program). For Stratford in 2020, he directed Much Ado About Nothing.

Since 2007, he has been Artistic Director of Crow's Theatre, where he has directed: The Country by Martin Crimp (2009) in co-production with Theatre Junction; Geometry in Venice by Michael Mackenzie (2010) in association with Segal Centre for Performing Arts; Eternal Hydra by Anton Piatagorsky (2011) in association with Factory Theatre; Instructions to Any Future Socialist Government Wishing to Abolish Christmas by Michael Mackenzie (2011) in co-production with Centaur Theatre; Seeds by Annabel Soutar (2012) in co-production with Porte Parole (Montreal); Something Else by Kristen Thomson (2013). In 2014, he directed the popular touring production Winners and Losers, featuring Marcus Youssef and James Long; and in 2017, a compelling, evocative production of Boy in the Moon by Emil Sher.

He has received the Ken MacDougall and John Hirsch Awards for emerging directors and was named by Daniel Brooks as his protégé for the Elinore and Lou Siminovitch Prize in Theatre (2013).