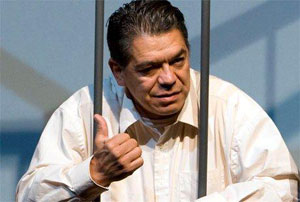 Cree actor and director, born in Sucker Creek First Nation on the shore of Lesser Slave Lake in Alberta. He was introduced to acting while attending Cariboo College (now Thompson Rivers University) in Kamloops British Columbia in 1987-88, and graduated with a Bachelor in Fine Arts from the University of Alberta in 1993, the first Indigenous student in the program. He now lives in Squamish British Columbia.

His first love, however, is live theatre. In 1990, he performed the role of Jamie Paul in The Ecstasy of Rita Joe by George Ryga (Walterdale Theatre). In her review of the play, Liz Nicholls praised Cardinal's performance: he crackled "with the sheer fury of his defiance and self-mockery." (Edmonton Journal 8 March 1990, C3).

He has directed the new works of First Nations playwrights such as Time Stands Still and Thunderstick. He also helped create and direct the dinner theatre series The Journey for Kanata Native Dance Theatre. For television he has directed episodes of renegadepress.com.

Of his work in theatre, he says that he wants to bring more plays about First Nations to First Nations audiences, and to inspire First Nations youth to take up a career in the arts. He believes that The arts reflect society and sometimes [the arts] become the hammer with which to shape it (See Magazine, 14 Jan 2010: 21).

In 2020, he was awarded the August Schellenberg Award for outstanding work as a performer.