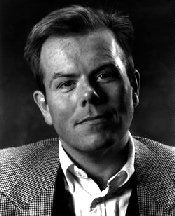 Playwright, actor, director, and screenwriter, born in Brampton, Ontario in 1956, and grew up in Orillia. He studied at the National Theatre School of Canada, and became acquainted with the burgeoning Canadian theatre scene while working as an actor in Toronto in the 1970s.

He has chaired the Playwrights Guild of Canada and was founding chairman of Alberta Playwrights Network.

He has written eighteen plays, including: Angel of Death (Theatre Network, 1982, dir. Stephen Heatley, winner of the Gwen Pharis Ringwood Award); Something in the Wind (Theatre Network 1984); The Last Bus (Theatre Network/25th Street Theatre, 1987, dir. Heatley), a moving representation of coming to terms with growing up in a small prairie town; Adventures in Turning Forty (Theatre Network, 1992, which he also directed); and The Saints and Apostles.

The Glorious 12th (Blyth Festival, 1992, dir. Storey) tracks the destructive impact of political choices on a family and a community in southern Ontario in 1927, as it celebrates the victory of King Billy at the Battle of the Boyne. Their "righteous" values, promulgated through the Orange Order, are radicalized by a visiting member of the Ku Klux Klan, who demonstrates that "politics is everything you say, everything you do" - including doing nothing. Storey interrogates fundamentalist politics and religion to show how they are constructed: bigotry and prejudice, which may begin in unexamined tradition, can poison whole communities and countries.

South of China (originally commissioned by Workshop West Theatre and premiered by the Citadel Theatre, 1997, directed by Duncan McIntosh) was an ambitious epic production, set in Scotland, England, and Malaysia between 1925-41, and imagined from Storey's family history and his trip to Malaysia. Notable Edmonton actors included Michael Spencer-Davis, Kate Ryan, Richard Gishler, and John Ullyatt, and Toronto actor Frances Hyland.

Storey has also collaborated on three musicals with composer John Roby, including Country Chorale (Theatre Network 1982, dir. Heatley, with Kathy Lang aka KD Lang as Chardeen); Girls in the Gang (Blyth Festival, 1987, dir. Heatley), which portrays the lives of the women associated with a gang of bank robbers through an imaginative combination of humour, pathos, and social comment; and The Dreamland (Blyth Festival, 1988, dir. Richard Rose).

He resides in Toronto with his partner and son.