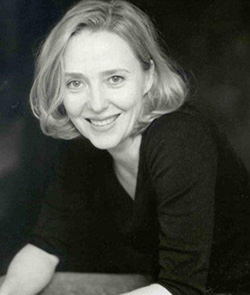 More recently, she played Linda in Death of a Salesman at Neptune Theatre and the Citadel Theatre (2011); Stevie in Edward Albees The Goat at the Citadel Theatre; Lily in George Walkers The End of Civilization at Factory Theatre; and Mary Tyrone in Long Days Journey Into Night (Citadel 2013). She brings an understated emotional depth to her portraits of women under duress.

In 1985, she and two friends began the theatre company “5 & Dime Productions which produced three plays over a five year period. In 1999 she became a member of the artist-run theatre group, Actors Repertory Company, and directed several staged readings of classic drama such as Mary Stuart, Under Milkwood Ivanov and John Murrells Memoir. In 2002, she directed Edward Bonds The Sea, which received three Dora Mavor Moore Awards nominations and one award. She has also directed productions of Unity 1918 by Kevin Kerr; Problem Child by George F. Walker; Of the Fields, Lately by David French; The Penelopiad by Margaret Atwood (Citadel 2013); and Other Desert Cites by Jon Robin Baitz (Citadel 2016).

Brenda Bazinet has over one hundred film and television credits, including the critically acclaimed TV movie Sins of the Father, Haven, This is Wonderland, Doc, Redemption, The Associates and The Secret Path.

She has been nominated for a Dora Mavor Moore Award four times. In 1992 she received a Gemini Award for her performance in the TVO drama A Grief Shared.

Brenda Bazinet has taught for George Brown Theatre School, Humber College (Acting for Television and Film Program), Ryerson University (Act II), Equity Showcase, the Actors Workshop, Actraworks and has conducted Acting for the Camera classes in Toronto, Winnipeg, Ottawa, Kingston, St. Johns and Kitchener. Since 2011, she has been an acting instructor for the Citadel Theatre/Banff Professional Theatre Program.

"Acting, says Bazinet, "isn't simulating an emotion, or pretending it, it's about living it, being it" (quoted from Edmonton Journal 26 Sept 13: C1).