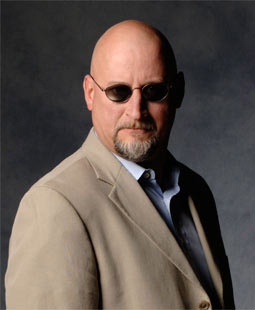 Critically-acclaimed actor and director, born in Winnipeg, Manitoba, and based in Ontario. He received his theatre training at the Vancouver Playhouse.

In 2018, for Groundling Theatre Company in Toronto, he played a pitiful Earl of Gloucester in a reconsidered production of Lear, with Seana McKenna as the king (dir Graham Abbey). In January 2020, he played Julius Caesar in a Groundling/Crow's Theatre co-production (dir. Chris Abraham, which brings the classic play into present political circumstances.

As a director for the Shaw Festival, he has directed, among many others, The Philanderer (1995), The Playboy of the Western World (1996/7), John Bull's Other Island (1998), and Getting Married (1999). He has also directed at Manitoba Theatre Centre, Theatre Plus, Theatre Calgary and Canadian Stage.

Jim Mezon has acted and taught in the US, and appeared in Paul Gross 2008 film Passchendaele as the character Dobson-Hughes.

Of his performance as Daddy in Cat on a Hot Tin Roof critic Gary Smith writes: "Jim Mezon inhabits the gruff, world weary exterior of Big Daddy Pollitt, booming out his fury in the face of disappointment and death like some water buffalo sinking in the mud at the bottom of an oozy river. This is a performance of remarkable richness, a layering of thought and emotion ..." (thespec.com 6 June 2011).