Playwright born in Montreal, Quebec, July 28, 1962, and currently based in Toronto. He studied at York University.

Jason Sherman won the Governor Generals Award in 1995 for Three in the Back, Two in the Head (Necessary Angel, 1994, directed by Richard Rose, subsequently performed at the National Arts Centre and in French at Théâtre la Licorne). He has won the Chalmers Award in 1993 for The League of Nathans (Orange Dog/Theatre Passe Muraille co-production, 1992, dir. Ian Prinsloo).

His other works include: Reading Hebron (Factory Theatre 1996, dir. Brian Quirt), in which a Toronto Jew investigates the Hebron massacre of 29 Muslims at prayer as a way of questioning his own responsibility for the oppression of Palestinians; It's All True, presented in the January, 1999 by Necessary Angel (Rose, revived in the 1999/2000 season at Buddies in Bad Times and at Touchstone Theatre); Patience (Tarragon, 1998, dir. Prinsloo, and included in the 1999/2000 seasons at Grand Theatre, London, Belfry Theatre and Vancouver Playhouse); and An Acre of Time (Great Canadian Theatre Company 1999/2000). 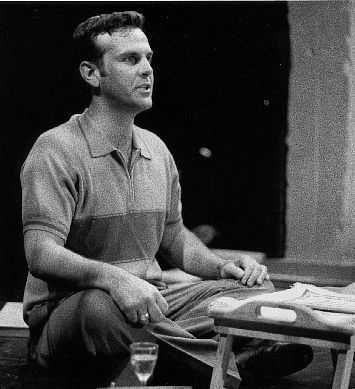 In 2006, After the Orchard appeared at the National Arts Centre (dir. Marti Maraden)--a contemporary Canadian take on Chekhov's The Cherry Orchard which examines different family responses to the summer cottage. Since this production, Sherman wrote primarily for radio and television, including many episodes for the CBC radio drama series, Afghanada (2006-11).

In 2018, he returned to playwriting, enabled by Tarragon's playwright-in-residence program, revisiting a play about Marshal McLuhan, which he had begun writing for the 2003/04 season, but which was stymied by a threatened lawsuit by McLuhan's family. The Message was finally produced in the 2018/19 season. Set fifteen months after McLuhan's brain operation in 1979, it shows his decline in fame and health through flashbacks, while attempting to elucidate his complex theories. RH Thomson played McLuhan.

Shermans caustic look at the entertainment industry, Copy That, opens at the Tarragon in November 2019 (dir. Jamie Robinson). It goes behind the scenes of network television: "Four writers struggle to get their new cop show approved for production. When the teams only Black writer is roughed up by an actual cop, the fallout threatens to not only kill the show, but expose the systemic racism at the heart of popular entertainment itself" (Tarragon website).

Of his approach to his work, Sherman told CBC (2 Nov 1999), "A great quote Charles Ludlum has is: 'If you are going to tell people the truth, you better make them laugh.' Nobody wants to feel like they're going to be preached at in the theatre. You want to feel like you are going to recognize something of yourself in what's going on stage otherwise, you feel left out."