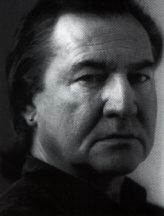 Stage, television, and film actor born in Montreal, Quebec, July 25, 1936 to a Swiss father and English-Mohawk mother; died at his home in Dallas, August 15 2013 of lung cancer. He graduated from the National Theatre School of Canada in 1966, relocated to Toronto, and played at regional theatres across Canada.

Among the many productions in which August Schellenberg has performed are the premieres of George Ryga's The Ecstasy of Rita Joe (as Jaimie Paul, Rita's lover); Sharon Pollock's Walsh; and Michael Cook's Jacob's Wake. He also performed in the New York production of John Krizanc's Tamara.

In 2009, for the Western Canada Theatre Company he again performed in The Ecstasy of Rita Joe, this time playing the role of David Joe, originally played by Chief Dan George. In 2012, he played a First Nations King Lear in Peter Hinton's production of Shakespeare's play for the National Arts Centre -- set in Canada in 1608.

He also had a solid career in film and television, starring in the Free Willy films, as Chief Sitting Bull in Bury My Heart at Wounded Knee, for which he was nominated for an Emmy Award. He won a Genie Award for his role in the film, Black Robe. He also appeared in the CBC productions of North of Sixty.

He taught at Toronto's Centre for Indigenous Theatre and at York University, and conducted motivational workshops in schools and for cultural and community organizations across North America.

He was married to Canadian actress Joan Karasevich and is the father of three daughters.