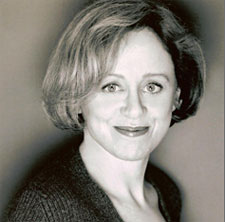 Ontario-based actor, born in Whitstable, Great Britain July 24, 1951, who has played lead roles in many of the major venues across Canada.

Her father was a British military doctor who travelled around the world before arriving in Canada in 1964. She studied at McGill University and Banff Centre for the Arts.

She has worked with the country's top directors including Derek Goldby, Robin Phillips, Christopher Newton, Alan Lund and Bill Glassco.

Fiona Reid also has a very successful television and film career. From 1974 to 1980 she played Cathy King in the CBC series King of Kensington.

She has twice won the Dora Mavor Moore award, for Fallen Angels at the St. Lawrence Centre in 1993, and for Six Degrees of Separation at Canadian Stage in 1995. In 2011, she won an Elizabeth Sterling Haynes Award (Sterling Award) for her role in August: Osage County at the Citadel Theatre.

In 2007, she became a Member of the Order of Canada. She was awarded an honorary degree from Bishop's University, and The Barbara Hamilton Award (2008). In 2011 she was awarded an ACTRA Award of Excellence. 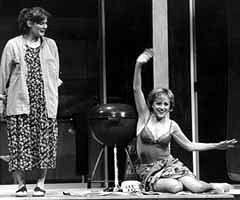 She has an elegant, luminescent quality on stage and gives the spectator the sense that she is enjoying herself. She has said of her stage work, "If easy success was all I wanted, I could have stayed in television." And, "I could have been a 50 per center had I not been challenged by people who made me feel what I did was never enough."