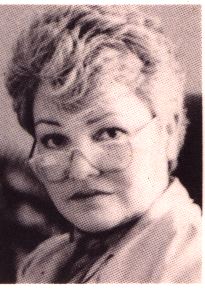 Playwright/actor/director, born Mary Sharon Chalmers in Fredericton, New Brunswick, April 19, 1936. Her father, physician and MLA Everett Chalmers, became the basis for her portrait of Ev in Doc. She studied at the University of New Brunswick but left before graduating in 1954 to marry. In the early 1960s she returned to Fredericton with her five children, and worked at the Playhouse (which now houses Theatre New Brunswick at various jobs, including acting. She moved to Calgary in 1966 with actor Michael Ball, and toured with the Prairie Players. In 1966 she won the award for best actor for her performance in Ann Jellicos The Knack in the Dominion Drama Festival.

She began to write plays in 1971, while pregnant with her sixth child, winning the Alberta Playwriting Competition for her first work, A Compulsory Option, which premiered at the New Play Centre (now Playwrights Theatre Centre), Vancouver 1972, directed by Pam Hawthorn.

Walsh premiered at Theatre Calgary in 1973 (dir. Harold Baldridge), and was produced in 1974 in a revised version at the Stratford Festival on the Third Stage (dir. John Wood). Walsh questions sanitized Canadian history in showing how the Federal Government starved Sitting Bull and the Sioux Nation out of the Canadian prairies following the debacle at Little Big Horn. Major Walsh, charged with effecting this genocidal policy, is caught between his empathy for Sitting Bull, and his official responsibilities.

While living in Vancouver, Pollock wrote childrens plays for Holiday Theatre (a childrens theatre founded by Joy Coghill), and radio and television plays for the CBC. And Out Goes You premiered at the Vancouver Playhouse in 1975 (dir. Christopher Newton). The Komagata Maru Incident premiered at the same theatre the following year (dir. Larry Lillo).

Pollock played Lizzie in her next play, My Name is Lisbeth, in its first production at Douglas College, Surrey B.C. in 1976. This play was subsequently rewritten as her most famous work Blood Relations (Theatre 3 1980, dir. Keith Digby). The case of Lizzie Bordens murder of her parents is shown to be highly complicated by personal choices, relationships, and desires. The truth remains elusive and ambiguous.

One Tiger to a Hill (Citadel Theatre 1980, dir. Richard Ouzounian), a prison drama, shows how one strong-willed woman, intent on justice, can initiate a series of disastrous consequences, and her intended cause  a Metis prisoner - becomes her victim as much as a victim of racism, poverty, and institutionalization.

With Whiskey Six Cadenza (Theatre Calgary 1983, dir. Rick McNair) Pollock again interrogates Canadian history, showing how dreams of freedom and self-expression can result in individual and community catastrophe. It is loosely based on events in the Crowsnest Pass in the 1920s, when rumrunners were bringing illegal alcohol into Alberta across the BC border. A young woman, the chosen daughter of the rumrunner and hotel owner, Mr Big, is torn between loyalty to her surrogate father and her love for a young man working for him.

Doc (Theatre Calgary 1984, dir. Guy Sprung) plays out the conflict between a father and daughter by revisiting their past. Again, the choice made by Doc Everett to put his medical practice before his marriage results in family casualties. Pollocks daughter, Amanda, appeared as the young daughter Katie in the premiere production.

In 1989 she appeared in her monologue, Getting it Straight at the International Women's Festival in Winnipeg (dir. Rick McNair). She considered this play the most autobiographical of her works: Eme (me) has escaped the confines of a mental institution and reflects on the disastrous state of the environment and society while hiding under the grandstand at the Calgary Stampede.

Fair Libertys Call, which scrutinizes the conflicted history of the Loyalists in the Maritimes after the American war of Independence, premiered at the Stratford Festival in 1993 (dir. Guy Sprung).

Moving Pictures, (1999, dir. Brian Richmond), End Dream (2000, dir. Sharon Pollock), Angel's Trumpet (2001, dir. Pollock) all premiered at Theatre Junction in the Betty Mitchell Theatre, Southern Jubilee Auditorium. These three plays focus on the social and personal consequences for women who choose to pursue their talents and ambitions. In 2005 she appeared as Shipman in the University of Alberta Studio Theatre production of Moving Pictures, which traces the fraught career of feminist filmmaker Nell Shipman. In Kabloona Talk (2006) she sets a controversial Inuit trial in Edmonton, and in Man Out of Joint (Downstage Performance Society, Calgary 2007) she demonstrates the ways in which the political response to the September 11 disaster has taken away the rights and freedoms of Canadians, and questions the responsibilities of Canadians in respect to the incarceration of Omar Khadr at Guantanamo Bay.

Blow Wind High Water premiered at Theatre Calgary in September 2017 (dir. Simon Mallett, set design Narda McCarroll). Set during the time of the Calgary flood in 2013, the play interrogates the conflicting values of three generations of a Calgary family: the aged patriarch and the founder of a successful oil company, who is haunted by his impending death in the form of a wind spirit characterized as a vibrant young woman; his son, a reactionary bigot; his daughter-in-law, a feminist lawyer with strong views on the importance of a career; his granddaughter, also a lawyer, who is pregnant; his grandson, a gay waiter with an MBA who frustrates his father's ambitions for him; a First Nations lawyer, who is the lover of the grandson. Pollock fashions a mythologized Alberta history from this complex scenario, pitting corporate philosophy against humanist values. The climax - a violent storm in which the patriarch wanders, accompanied only by the wind spirit, evokes King Lear.

Pollock also directed the plays of others, including Harold Pinter's Betrayal for Theatre Junction in 1999.

She taught at the University of Alberta, led the playwrights' colony at the Banff Centre for the Arts (1977-80), and was playwright in residence at Alberta Theatre Projects (1977-79) and the National Arts Centre (1981-82). She was Artistic Director at Theatre Calgary (1984) and Theatre New Brunswick (1988). She also served as Chair of the Advisory Arts Panel for the Canada Council, and was a member of the advisory committee for the National Theatre School of Canada (1979-80).

She played the role of Martha in the Calgary's Downstage production of Habitat by Judith Thompson in 2008. In March 2011, at the age of 75, she acted and sang in the one-woman play, Marg Szkaluba (Pissy's Wife) by Ron Chambers at the Ironwood Stage and Grill in Calgary, a reincarnation of the Garry Theatre. Produced by a new young company, Verb Theatre, and directed by Jamie Dunsdon, it tells the story of a woman who has survived an abusive marriage, a subject that resonated with Pollock.

Also in 2011, she acted as dramaturge for the ballet Ghosts of Violence, conceived by the Atlantic Ballet Company as a response to violence against women.

Sharon Pollock's writing is intelligent, provocative, and innovative. She continually experimented with structure, explored controversial issues, and cared passionately about Canadian theatre. She told Lisa Wilton, of the Calgary Sun (March 2000): "I had worked as an actor and a director and at that time [early 1970s], it seems weird to say it, but I had hardly heard of any Canadian plays. Practically speaking, there were no Canadian plays except for one about Louis Riel. Which kind of meant you were always putting on a voice. I thought, 'Think of all the stories Canada has to tell. Why are there no plays in which my own reality can be a part of?' That moved me to towards thinking that if nobody else is going to write them, then I'm going to. It was as simple as that."

She said of her appointment as Artistic Director to Theatre New Brunswick: "I've shot my mouth off about [how theatres should operate] on a number of occasions and when the opportunity came along, I thought I'd better put up or shut up. I've never been good at shutting up."

Her plays have been produced across the country and abroad, and have won many awards including the Governor Generals Award (Blood Relations, Doc), the Canada-Australia Literary Prize and the ACTRA Award for radio drama. In 1999 she was presented with the Harry and Martha Cohen Award for her significant contribution to Calgary Theatre. She was also awarded at least four honorary doctorates. In 2012, her lifetime achievement in theatre was recognized by her admission as Companion to the Order of Canada.

Sharon Pollock died April 22, 2021 in Calgary, of cancer. Among the many accolades was a tribute by Mayor Naheed Nenshi: "She told us our stories in new ways and forced us to look at ourselves differently" (@nenshi).